Our pastor, Jay West, and his wife Diane function as our Senior Leaders and Founders of Kingdom Encounters. Jay and Diane have been married and in the ministry for 36 years and have a rich and varied background. Both of them were raised and trained Lutheran and served together within the Lutheran church for 15 years. In fact, Diane still teaches at a local Lutheran school. Jay was also the pastor of two other churches prior to moving to Omaha in 2000.

In 2001, Jay began to travel in ministry and ministered in 12 churches that first year. This ministry ultimately grew to the point where Pastor Jay had ministered in over 1700 locations in 63 different denominations across the country. During that time he also walked into a low-key and un-hyped healing ministry and has seen nearly 7000 people healed, many with medical verification.

Jay and Diane have a son named Jason, who has published two books called Who will Ascend and Freedom Through Surrender, along with producing a worship album titled Running Free. Jason oversees the Kingdom Expressions and Intercessory Prayer at Kingdom Encounters and is a middle school Bible teacher and chapel leader at a local Christian school.

Jay and Diane are warm, friendly people who love to have people over for fellowship and envision a church full of people who are actively engaged in ministry, rather than watching someone else do it. 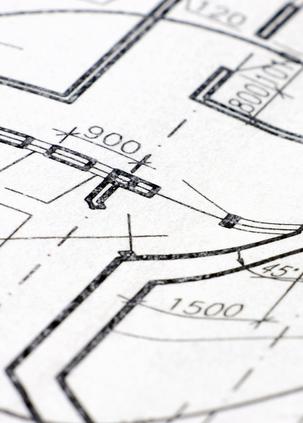 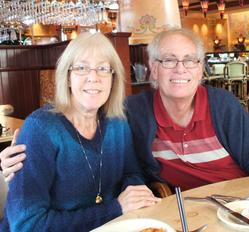 A Note from Pastor Jay

Our services start at 10:10 a.m. and are Fresh, Innovative & Inviting! We don't have boring announcements, nor do we pass the offering plates on Sunday morning. We frequently practice the gifts of the Spirit and encourage personal testimonies. Anointed preaching coupled with a fantastic worship band completes our Encounter.

for whatever He does, the Son also does in like manner."​

“Most assuredly, I say to you, the Son can do nothing of Himself, but what He sees the Father do;​

Kingdom Encounters offers a distinct and unique strategic blueprint, intentional about discipleship, freedom to move in the gifts of the Spirit, growing at a rapid pace, with four distinct membership opportunities, where everyone gets to play and we welcome the Supernatural. This is definitely not your grandmother's church. We are kingdom focused and not pastor driven. Those who visit say that they immediately feel like this is one big happy family and they feel loved and accepted.

Click to View our "Kingdom Explanation of Who We Are," including current ministries as well as our vision for the future.

Nineteen years ago I began my traveling ministry. I have been to 1700+ churches and venues in 63 denominations. My vast experiences have played a role in developing Kingdom Encounters. Our vision is to see believers flourish in a safe & loving environment. There is no experience on earth better than the presence of God when we come together. We call it a Kingdom Encounter!
Join us as we Encounter God's Kingdom!​​​
-Pastor Jay West​

We are a Caring Community!

Our small groups are geared toward fellowship, discipleship, & care for one another. Learn, grow, and be encouraged by your brothers and sisters in Christ.

See the Care Groups Page for

Kingdom Explanation of Who We Are

Kingdom Encounters is a unique blend of cultures and people who love life, especially life with God. Our theme verse is John 5:19, where Jesus said He only did what He saw the Father doing, so we too follow that example. We intentionally embrace what God is doing rather than what He is not doing.

Unlike many churches, we do not pass the offering baskets on Sunday morning, nor do we engage in boring announcements. We recognize that all of us have an abundance of choices, so at Kingdom Encounters we have four membership opportunities that are discipleship oriented, with a fun aspect included as well.

We are engaged in two cultures, including one of honor, with the other being revival or transformation, both personally and for our city and region. We actually believe that God can use us to change our society and see needed change come through personal and business-related relationships.

Our guests often refer to us as an Oasis of Joy, as visitors frequently discover joy and happiness when attending. One of our goals is to encourage, strengthen, and bless others, and we do this in a variety of ways, including practicing at least one of the gifts of the Spirit each Sunday morning with creative and innovative ways that help people step into that realm with boldness and confidence.

Kingdom Encounters is not pastor-driven but kingdom-focused, where everyone gets to play and we welcome the Supernatural. With expanding home groups and networking with other churches and the marketplace, we are consistently learning how not to do church. We would rather people try something, fail, and try again, rather than never try at all. We also have rest weeks to kick back and relax.

Kingdom Encounters was launched due to vision and not division. The vision is to equip the believers of God to be participators in the kingdom, and not just spectators. If you are looking for something just a little different without a churchy feel, come join us on Sundays at 10:10 a.m. at 8594 Frederick St. behind Shopko and next to Camelot Cleaners. The starting time does not refer to any Scripture verse, but rather it just sounded cool.